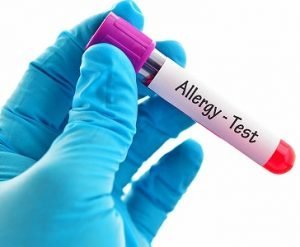 Today many people are suffering from respiratory allergies due to increasing Air Pollution. In India, Air Pollution is rapidly increasing in metro cities as well as in villages. The toxic substances present in the polluted air not only enter our body after breathing but also affects functions of heart and lungs. Allergies occur due to the weak immunity system.

Air pollution is one of the main reasons for the occurrence of allergic respiratory diseases. Polluted air contains various toxic chemical particles such as carbon dioxide, ammonia, sulfur dioxide, nitrogen and carbon monoxide. Diesel emission from vehicles is the major cause of urban air pollution. The exposure of diesel emissions and airborne allergens increases allergen-specific levels, severity of asthma, inflammation and airway hyper-responsiveness.

In most of cases, common allergy symptoms are seen such as

Types of allergy tests are:

Doctor increases the dose of allergens in each of allergy shots after some time. Immunity system builds up a tolerance to the allergens causing allergy symptoms to vanish over time.

Allergy shots can be used to control symptoms such as:

Allergy symptoms don’t stop or control overnight. They usually improve during the first year of treatment but the most noticeable improvement often happens during the second year. Most people are desensitized to the allergens contained in the shots in third year. In this way, people who have undergone immunotherapy can resist allergic reactions.

We have most advanced Allergy Testing and Immunotherapy facilities.