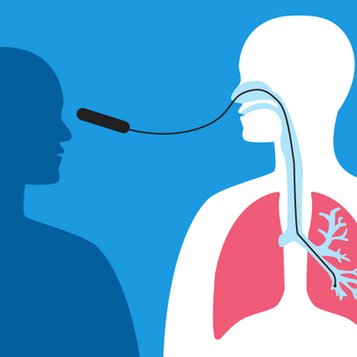 Bronchoscopy is an endoscopic technique which helps doctor to examine airways for diagnostic and therapeutic purposes. This test is mainly used to detect foreign bodies, bleeding, tumors and inflammation inside the lungs. Bronchoscopy is the most common invasive procedure in the study and care of lungs. Generally this is a day care procedure.Pulmonologist inserts an instrument called a bronchoscope through nose or mouth and down the throat to reach lungs. The bronchoscope is made of a flexible fiber-optic material. It has a light source and a camera on the end. Most bronchoscopes are compatible with color video which helps doctor to record abnormalities in the lungs.

Doctor performs Bronchoscopy for various purposes such as:

Types of imaging used in Bronchoscopy:

Bronchoscopy is the safest technique for most of the people. It is the most advanced method to detect exact causes and level of infection in the lungs.